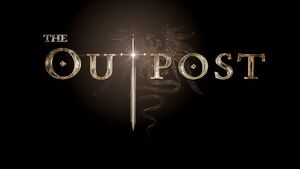 The Outpost is an American television series created by Kynan Griffin and Jason Faller. The show currently airs on The CW in the United States, Syfy internationally, and Electric Now.[1]

The first season of the series premiered on July 10th, 2018, on The CW. It aired a total of ten episodes.

The Outpost follows Talon, the lone survivor of a race called “Blackbloods”. Years after her entire village is destroyed by a gang of brutal mercenaries, Talon travels to a lawless fortress on the edge of the civilized world, as she tracks the killers of her family. On her journey to this outpost, Talon discovers she possesses a mysterious supernatural power that she must learn to control in order to save herself, and defend the world against a fanatical religious dictator.

Retrieved from "https://the-outpost.fandom.com/wiki/The_Outpost_(TV_Series)?oldid=2962"
Community content is available under CC-BY-SA unless otherwise noted.