Nothing Lasts Forever is the thirteenth episode and season finale of the fourth season of The CW's The Outpost. It aired on October 7, 2021, serving as the series finale.

FINALE - Talon and her friends battle against the gods. Janzo, Wren, and Munt fight to save the Kahvi. A ruler is crowned. 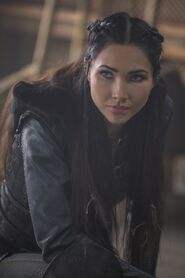